x
We use our own and third-party cookies to improve our services and show you advertising related to your preferences by analyzing your browsing habits. If you continue navigating, we will consider to mean that you have accepted their use. You can change the settings or get more information. here.
Ok
ESPENG
Facebook Twitter Instagram Linkedin
Want to know more?

According to data provided by the WHO (2019), there are more than one million cases of sexually transmitted diseases in the world every day, and the majority of these diseases are caused by eight pathogens. Syphilis, gonorrhea, chlamydia and trichomoniasis are curable while hepatitis B, herpes simplex virus, human immunodeficiency virus and papillomavirus are not.

The infection caused by Chlamydia trachomatis is the most common sexually transmitted bacterial infection in the world. (Malhotra, M. et al., 2013).

What are the effects of this bacteria on women?

In reproductive terms, one of the main causes of feminine sterility is the tubal factor. The most severe of these is hydro salpinx, which is intimately related to this bacterial infection. 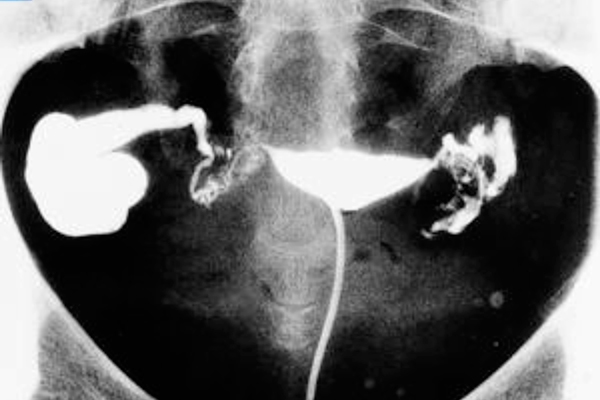 What is a hydro salpinx?

What are the mechanisms that cause this negative effect on reproduction?

How is this pathology diagnosed?

What is the treatment?

What is our role regarding this pathology?

It is true that the Chlamydia infection has an early detection rate due to the presence of abnormal vaginal secretions. Nevertheless, from 70% to 80% of women show no symptoms, which can bring about complications such as salpingitis, endometritis, pelvic inflammatory disease, ectopic pregnancy and tubal factor-linked infertility, (Malhotra, M. et al., 2013). As professionals in assisted reproduction, we must know how to detect this pathology through a simple cytology and microbiological cultivation in addition to knowing how to treat the complications that clearly affect female sterility.

Would you like to know more about sexually transmitted diseases and their relationship to reproduction?