Around 20% of all couples at childbearing age experience infertility. Assisted reproduction is a possible solution to this problem giving rise to complex family models. As an example of an extreme case, one child can have five progenitors: the egg donor, the sperm donor, the surrogate mother (in countries where it is legal) and the two legal parents who the child knows as mother and father in the most common case. 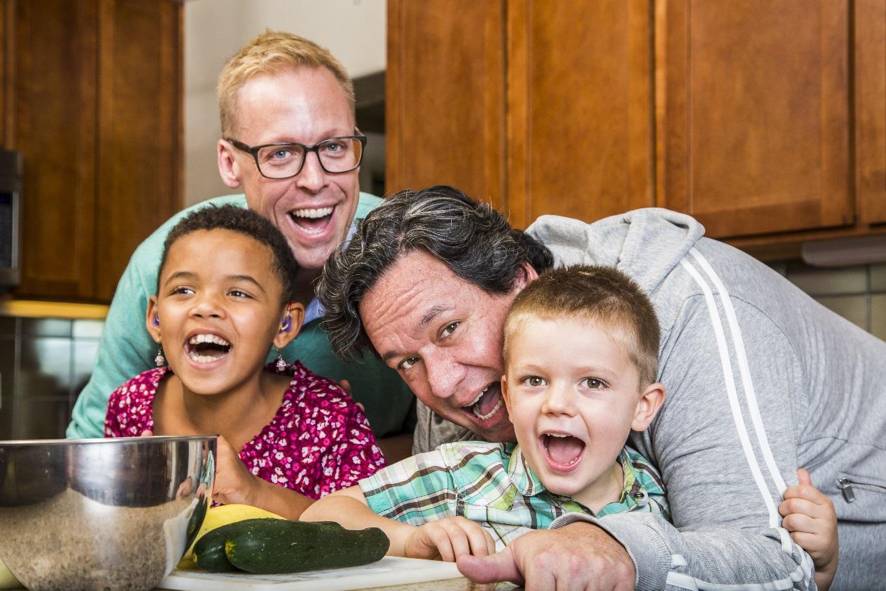 Reproduction needs an oocyte and a sperm. Historically, the woman provided the ovum and the man, the sperm, granting them ties of filiation to the child and the child, through these ties, the right to inheritance. However, this situation is not suitable for other family models, since nowadays a baby can be conceived through an oocyte donation and/or a sperm donation, surrogacy, or adoption. This is associated with different family models ranging from the stereotypical heterosexual marriage, a same-sex marriage, parents who do not live together and who are not married, or a parent who has used a donor. The descendants of donors, in some cases, request additional information regarding their biological progenitors. The increase of single women or same sex couples using donation makes this topic increasingly more public.

Oocyte donation is becoming increasingly more frequent. In the case of heterosexual couples, an embryo is created by using the couple´s sperm and a donated oocyte. Thus, the child that is born is not genetically related to the legal mother. This absence of genetic connection between the mother and the child has always been a controversial topic given the fact that majority of societies prioritize genetic ties in family relationships.

Despite the fact that the mother is the only one who has no genetic connection to the child in families created by oocyte donations, the fathers also feel stigmatized by the non-genetic paternity. Many families decide not to inform the child about the conception via the donor for fear of creating difficulties in the relationship between the child and the non-biological parent. (Golombok et al., 2004).

In a study carried out by McMahon and collaborators (2003), the mothers of children conceived by oocyte donations were less emotionally receptive and less involved than the mothers of children who had been conceived with their own gametes. The children in both cases, however, showed equal characteristics. The fact that the mothers by oocyte donations are less receptive in interactions with their children could be due to problems in the development of affective security with the children and other emotional and cognitive issues (Verhage, 2016). Similar to what occurs with adoption, the legal fathers are concerned about exercising paternity with a non-genetically related child, the social stigma of raising a non-biological child, and the uncertainty in defining their role as fathers that could take longer to establish in the case of women. (Goldberg et al., 2011).

On the other hand, the fathers of these families demonstrated higher levels of emotional implication when compared to fathers from natural conception (Golombok, S. et al, 2004). 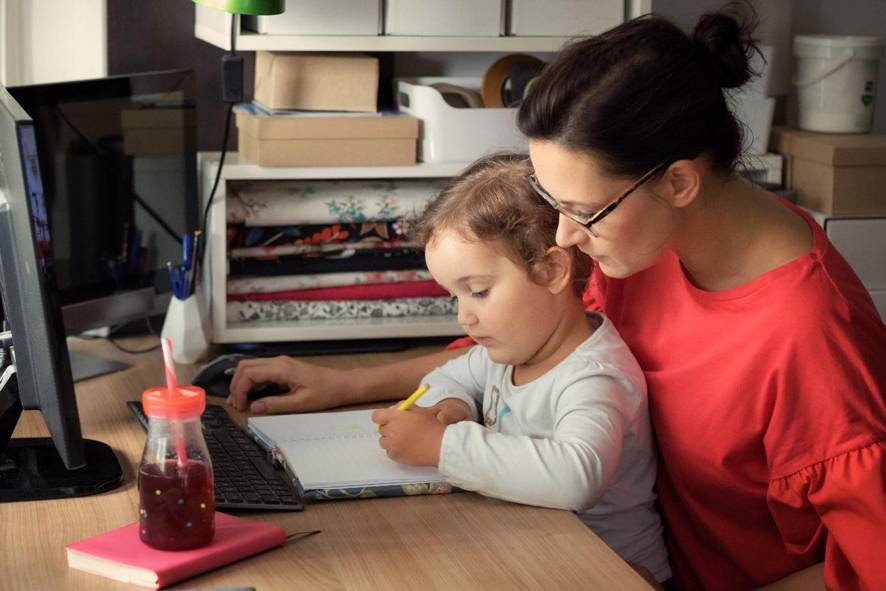 In the case of sperm donation, the mother has the biological connection with the descendant through her gamete and the pregnancy.

The problem associated with gamete donation is usually centered on secrecy towards descendants, which specialists consider to be negative for the family relationship (Golombok, S. et al, 2004). It has been proven that adopted children who do not know who their biological parents may experience identity problems and confusion in addition to distancing themselves from their legal parents. (Brodzinsky et al., 1998). Some authors like Clamar (1989) are sure that in cases of donor insemination, the same issues occur and create distance between the people who know the secret and the children.

Other authors believe the exact opposite. According to more recent studies like Baran & Pannor (1993), father-son relationships are more positive and warm in comparison with the families that use their own sperm or with step-fathers (Golombok et al., 2006).

In the case of single mothers, the women who do not manage to normalize the situation and instead treat the donor as an absent entity tend to suffer anxiety. This anxiety grows along with the emotional and physical development of the child as the mothers are more aware of the characteristics that they do not share with their children (Zadeh et al., 2016).

There are groups who are more affected by others by the stigma brought on by adoption. Some societies believe that the maternal bond, pregnancy, and childbirth are fundamental aspects of maternity, as they also culturally establish the woman´s identity. Heterosexual women are more sensitive to the stigma from adoption than men and homosexual couples. In the case of the latter, it seems as though the society does not expect them to have any descendants at all. (Freeark et al., 2005).

Homosexual adoptive parents suffer additional stigmas related to what is considered to be normal in a family: they are not heterosexual, they cannot reproduce from same sex relations, and they have no biological ties with their descendants in the case of adoption. Therefore, these couples are often more flexible and more accepting of other situations, given that their point of reference is not the typical nuclear family. (Oswald, 2002). Nevertheless, it appears as though homosexual women are just as sensitive as the heterosexual women as to the preconceived notions that they have regarding the nuclear family. This reveals a common feminine socialization that makes them susceptible to what society considers to be maternity and femininity, always linked to pregnancy and biology. (Freeark et al., 2005).

Factors other than gender or sexual orientation may also affect the internalization of adoption-related stigmas. Heterosexual couples who finally adopt due to the failure of assisted reproduction treatments are less able to normalize this situation when compared to altruistic adopters. (Goldberg et al., 2011). The same occurs with couples who adopt children of different racial descent, since they are more susceptible to discrimination and criticism from the society, although this stigma seems to only be internalized by heterosexual couples (Goldberg et al., 2011). 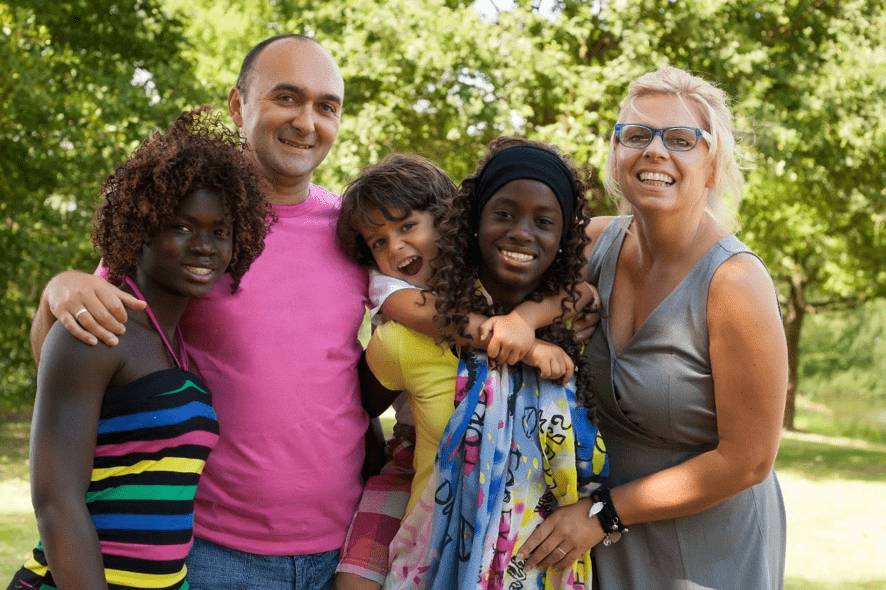 What role do we play in this problematic situation?

The creation of new family models is now a fact, thanks to the technological advances in assisted reproduction and the legislation associated with these technologies. Our role is basically centered on gamete donation, since surrogacy is not legal in our country. As specialists in assisted reproduction, we must be capable of normalizing these situations by providing our patients with psychological support to help them avoid negative feelings that could affect the correct functioning of the treatments and their relation to the future descendants.

The crucial point in this type of family is secrecy. Should we be sincere with our children? Will it affect their psychological and emotional development if they do not know who their biological parents are? Little by little, society begins to accept and normalize these issues. However, there is still a social stigma associated with bringing up a non-biological child that can result in parents who do not want to make this information public.

The ideal answer would be to inform the children at a pre-school age (Brodzinsky et al., 1998), since it would be beneficial to do so before they start the schooling years. Those individuals who have discovered this condition once they were adults, after a divorce or a traumatic event tend to demonstrate negative feelings such as anger or feelings of betrayal and distrust (Jadva et al., 2009). The children who are not informed of this situation may feel that something very important is being hidden from them, since some topics are always taboo in family discussions and, unconsciously, the children find out from slips in conversations between their parents or family members who are aware of the situation (Golombok et al., 2004).

The ideal answer would be for the parents to normalize this situation, since, according to studies, children do not suffer negative repercussions if they are informed at an adequate age. They have always lived with their legal parents, were wanted descendants and were conceived in the heart of the family.

Would you like to know more about the psychosocial aspects of gamete donations?